Pokémon Sword and Shield looks set to be the biggest Pokémon release to date. If you discount Let’s Go, which was a remake rather than a truly new game, it’s the first real Pokémon release on the Switch; in fact, the first main series title on a home console full stop.

Added to this, the likes of Let’s Go, as well as Pokémon Go and Detective Pikachu, seem to have reignited the sense of mainstream appeal to a level the games might not have enjoyed since Gold & Silver.

However, it hasn’t been smooth sailing. While there’s still plenty to get excited for, there’s already been a fair few controversies muddying the water ahead of the game’s release. Pokémon is a colossal franchise when it comes to sales, but there’s no doubt it’s been trading on name brand value alone for a while.

Some bickering amongst the fanbase, some minor grumbles dampening the vibe, and some deal breakers for the more committed fans mean that while Pokémon Sword and Shield will likely sell well, it’s put a lot of unnecessary obstacles in the path.

Most of these aren’t going to have too big an impact on gameplay itself, but they’ve definitely left fans deflated.

Each generation brings with it a new set of gimmicks, but with Generation VIII’s Sword and Shield, Pokémon looks set to miss the mark. There’s three main new features, and two of them especially are very shrug inducing.

First off: Dynamaxing. Like Megas but worse, these make a chosen ‘mon grow to Godzilla-like sizes and get a massive power boost as well. They lose the new design, potential for new typing and evolutionary nature of Megas, but do gain some benefits too.

Dynamaxed Pokémon only last for three turns, which seems worse but does invite more depth to combat, so that can be a plus. It also extends to every single Pokémon as opposed to just the chosen few Megas, which fits the central idea that you should build a team of favourites.

As well as Dynamaxing, the Nintendo Direct for Pokémon made a lot of the fact you’ll be able to freely move the camera this time around. In 2019 though, so what? Did you guys hear it’ll be in colour this time too?

The only positive gimmick is the Max Raid Battles, and even they’ve been airlifted from Pokémon Go.

In fairness, this is a controversy that’s been created more by fanbase reaction than it has been by anything Game Freak or The Pokémon Company have done, but it’s marred the build up to the release nonetheless. Basically, this one is a reminder of why we can’t have nice things.

Immediately after we first saw Nessa, various pieces of fan art appeared online. Some, as should be expected, were very explicit, but that’s a whole other issue. The main controversy stems from the tone of her skin in several pieces of art which misrepresented the black character.

Some artists gave her lighter skin, moving away from the dark shade of the trailer and giving her a more olive colouring. As a result, this caused an outcry, with some artists stirring the pot by deliberately drawing her as a white woman. Other depictions were even worse, explicitly racist in their presentation.

This one is on the so-called ‘fans’, but it’s certainly cast a dark cloud over the game as a whole.

The trees in Pokémon Sword & Shield have become a massive talking point already, but it’s not them so much as what they represent which is causing the controversy.

In particular, the trees have been used to compare the game to Legend Of Zelda: Breath Of The Wild, and it hasn’t come off favourably. Pokémon Sword & Shield may yet surprise us, but it looks set to just be another Pokémon game, despite the stars lining up for it to blow the roof off.

Zelda, long thought of as a critical darling more than a sales giant to topple Pokémon, had one of the most beautifully rendered open worlds ever. Certainly considering Nintendo typically has more stylised, cartoonish graphics, BOTW went above and beyond. Pokémon… well, look for yourself.

The graphics of the open world aren’t necessarily what pulls you into Pokémon, but when they look this ropey they may well drag you out of it. The NPCs and Pokémon themselves look great, but it’s a shame the open world can’t match it.

Especially given that this time they’ve made a big deal of the adjustable camera, you’d think the graphics might actually make you want to look around.

Similar to the trees, Wingull’s ‘flying’ in the trailer has been a cause for concern. Essentially, it’s that it’s not flying at all, but moving around in the air, t-posing.

It’s long been canon that Wingull flaps its long, thin wings to fly, but even if they were going for swooping or gliding, it would be far more lifelike than Wingull’s current drifting in a fixed pose.

Adding to this, battle animations again are set to be standard jumping on the spot, rather than depicting any actual attack. Let’s Go had some variety of animations, though it didn’t always seem natural, but way back in Pokémon Stadium, each move was realistically built in the game.

Previous DS versions have shown attacks in the menu, but had the standard jumping up and down in the actual battle. As the Switch offers up much more power, it’s disappointing that this isn’t being utilised for either the graphics or the attack animations.

There’s nothing to suggest the base gameplay will suffer, but it still feels very off that the graphics aren’t being upgrased for what’s set to be a massive entry in the series.

Pokémon is one of the biggest franchises in gaming, and Sword and Shield is lined up to be one of its biggest releases ever. Coming in off the hype of Pokémon Go, Let’s Go and Detective Pikachu, the first true main series arrival on the Switch should be massive news.

However, Game Freak have hinted time and time again that it’s basically been made by their B team.

As justification for the substandard graphics and some other controversies still to come, Game Freak – an already small company relative to Pokémon – have pointed to the fact that their development team has been massively stretched while working on Sword and Shield, with many of their big guns working on new IP Town instead.

There’s a stark difference hearing them talk about the two games; Town, which probably won’t even sell a tenth of what Pokémon will, seems like a passion product that the company is truly proud of.

After so long making Pokémon in the same mould (more on that later), it’s clearly growing stale. Disney famously had their B team make The Lion King while the A team took Pocahontas, but it remains to be seen if lightning will strike the same way here. 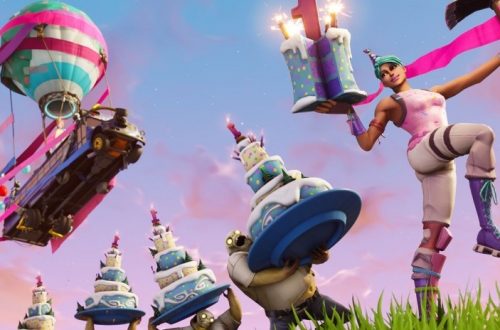